A life with passion 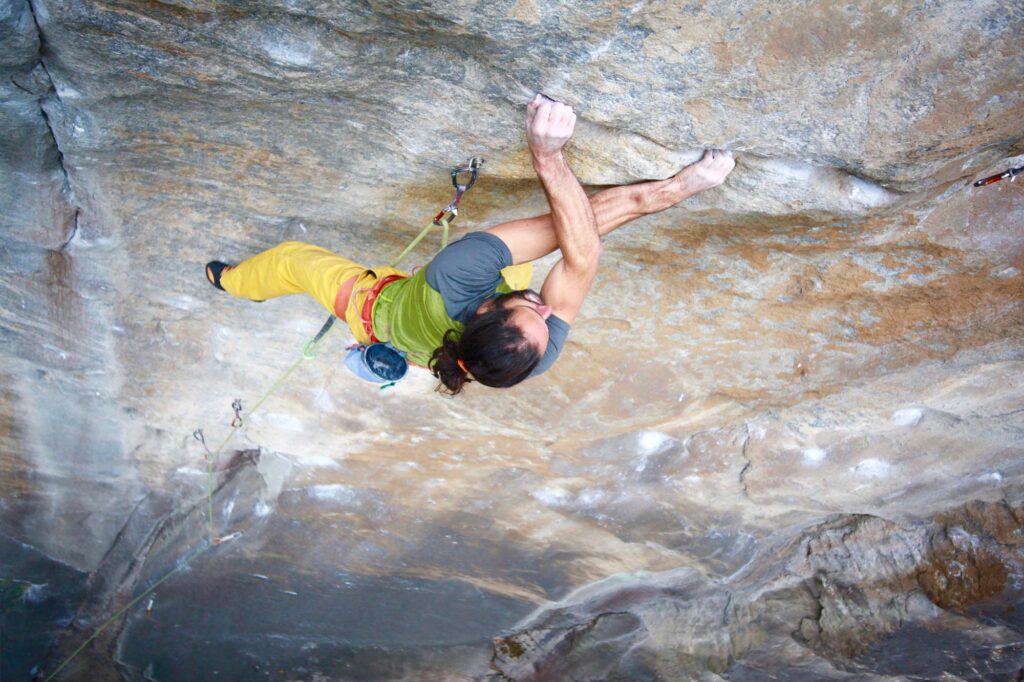 from Sila Cittadini
Francesco Pellanda's life is full of passions. A dreamer with a passion for mountaineering, climbing, skiing and photography, who split up between Ticino and Engadin, managed to make his dreams his livelihood and his love for the mountains to be compatible with family and a Job as Geomat.

Everything starts with climbing

The interview could only take place in the open air in the well of Osogna, where he lives with his family. Following his father, his 6- year old son Elia nimbly climbs the rocks to dive from above without fear. Francesco Pellanda was born on May 28. in Claro and started climbing at a young age. At the age of 18, he seriously devoted himself to this activity. A passion that makes him have important and extraordinary experiences as a professional climber, including several extreme expeditions in different parts of the world, with nights in bivouacs on vertical walls at impressive heights, spectacular landscapes and many enriching encounters. The first expedition, which lasted two months, took place in Argentina in 2000. "They were dreams, wishes that I had and that I was able to realize", explains Francesco. “I always have expeditions lives to know myself, to understand my psychological and physical limits and to discover other worlds. “Several others follow, including 2004 in the Middle East, together with mountaineer Giovanni Quirici. Received in return for the publication of photos and reports in specialist journals they sponsored the material from a well-known sports brand. An intense adventure that takes them to Italy, Greece, Turkey and Iran, unfortunately interrupted by a forced return after five months with a broken leg due to the fall of a stone slab. But there is also amusing anecdotes, like the episode the following year in the US where a tourist complimented them after a day on a cliff exercising for not losing their smiles despite trying all day . without the tip des Berg. The desire for new lands led ih n 2006 on another expedition to Pakistan to climb a 1500 m high vertical wall made of pure rock: the Trango Tower. “A nice memory of this expedition is when we found the tents decorated with flowers after returning from the ascent; The liaison officer and the cook were proud that we had reached the top, they greeted us with cake and we all celebrated our ascent together.

As a climber, he also leaves his mark in Ticino, where he opens some long stretches and an entire sector in Lodrino with around twenty routes. When he practices bouldering, he takes the opportunity to take Elia and the little 3- year old Saphira with him. To do this activity with the family He is now also devoting himself to courses for younger people. “If I used to climb just for myself, I now like the idea of being able to pass on my passion to others. It becomes a challenge on other levels that I like allows me to confront me from a different angle ».

With the desire to be outdoors and ski every day, at the age of 26 he decided to spend the winter as a ski monitor in the Engadine. In a few seasons he received the ski instructor license and founded Moritz Passionski in 2010 together with four other colleagues in St. , a private ski school he still works for. “The idea of opening a school was born a little by accident. I started the first season 12 years ago and I really enjoyed it. But being such a teacher was not enough for me; I wanted to keep going but there weren't many outlets to develop my ideas . With Passionski we want to convey our passion for skiing with the utmost professionalism, provide quality lessons and good customer service, and commit to introducing a new project every year, for example . From this season we will also be offering courses for people with disabilities, while for 2017 we will be organizing to go hiking and skiing on the slopes in Japan ».

Even if it is not always easy, the school works well and has 7 fully licensed instructors who turn around fifteen in high season. They offer private lessons for skiing and snowboarding, off- slopes and excursions with skins.

In the Engadin he also met his wife Mirjam, also a ski instructor, who began an alternating life between the summers in Osogna and the winters in Celerina. Even with their two children, they manage to reconcile the family with the activities of the ski school and create one Spending most of the winter together in St. Moritz. «Mjriam liberates me and supports me a lot. She has managed to pass many new things on to me and to bring me a good balance», he admits to.

A school of life

The mountains always led him to develop another of his passions, photography, which preferred action pictures on rock faces or on snow-covered slopes.

He has also been a mountain guide since 2015 and has managed to be quite active in this area too. "Climbing has always been a school of life for me, which I also try to apply in everyday life. I like to try things out. Like in the mountains, however, I think that you have to give everything you can in everyday life, but you also have to be able to give up in every area and not regret anything ». Now he would like to be able to found a small clientele in Ticino who he integrates climbing even more as a mountain guide, while in his free time he renovates the house in Osogna with his own hands, which is almost finished after 5 years of work. "I will certainly not get rich, but I live my life the way I want", specifies Francesco. «It is important to be able to follow your dreams and try to make them come true. It's a bit like my philosophy of life; When someone has a dream it can come true. I am convinced that what we think materializes in one way or another, our thoughts materialize.

When we ask him about his future projects, he explains that he now wants to give family priority and ends the interview with a beautiful maxim of his friend Giovanni Quirici, who died in 2011: "Let us leave space for the impossible to make it possible!" ".

The love for the mountains and nature led us to the Engadin valley. Here we could develop our passion for snow sports; the same passion, which is the foundation of our company.

PassionSki is a “slow” ski school. This means our focus is on a conscious way of consuming and living. Enjoyment, pleasure and authenticity are very important values for us. We want to rediscover the great outdoors with you as we truly believe that memorable experiences and the value of time are more important than ever. 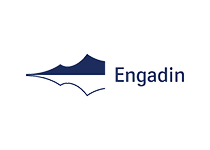